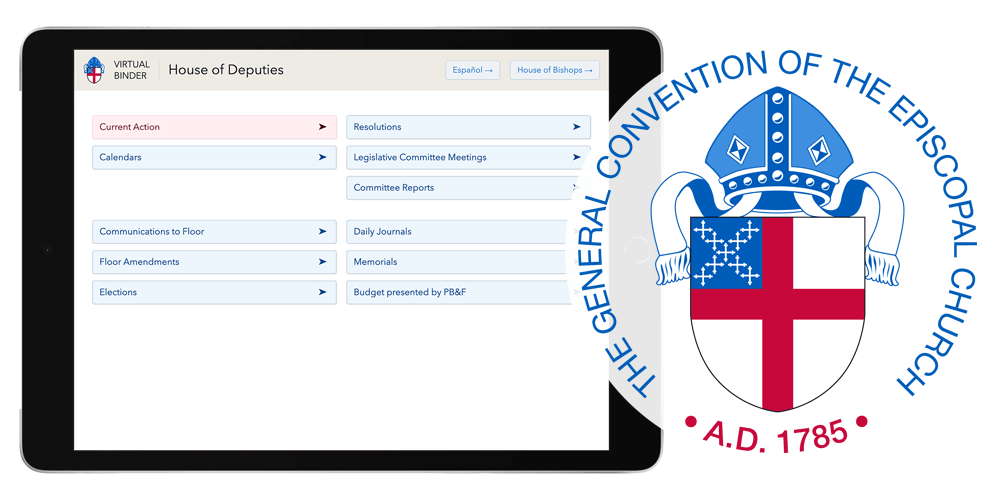 The General Convention of The Episcopal Church (GCO) convenes every three years. During the convention, the church uses a set of Ruby on Rails applications to conduct all levels of legislation business. The platform tracks everything from document change management to the voting process and arranging staff housing.

In 2021, Planet Argon inherited the application suite from the original development team. But improvements still needed to be made to the integration with DeepL, the automatic translation service, such as fixing bugs in data behavior. The biggest challenge was that there was only a year until the next general convention.

Planet Argon collaborated with the original development team in the handover of all software code, management of 3rd-party service management, and knowledge-sharing.

After an initial discovery phase, we worked with GCO in agile sprints to add new features to their suite of applications.

One of the application's unique characteristics was creating a complete set of automated tests before it was released to the public. Given the importance of these apps during the convention, it was necessary to stress test them through several rounds of quality assurance to ensure everything ran smoothly. For example, we needed to maintain stability regardless of an active internet connection at the venue or not.

From the beginning, Planet Argon recognized that the convention would be challenging. Aside from the fact that a large number of people were using the applications, a convention would create its own type of friction between users and technology. Thanks to automated and user testing, there were very few errors to address!!