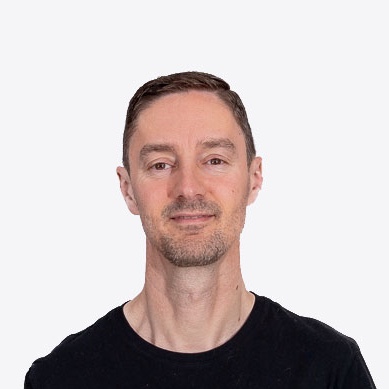 Gary’s road to fully fledged geekdom began when he got his first computer at 13-years-old. As a teenager growing up in Liverpool, England, Gary would try and figure out how the computer worked when he wasn’t playing every 8bit game imaginable.

He accidentally landed in tech by doing operations support for a lottery company right out of high school. After a few years in the real world, he went to university to study computer science and eventually became a professional programmer.

Gary moved to Portland when it was actually the 90s and not just the dream of the 90s. He found a job at a tradeshow company where he was introduced to Microsoft .NET and future Planet Argon co-founder Robby Russell. Connecting on their warped sense of humor and love of music, the two created the joke band House of Teriyaki. (Not to brag or anything, but they’ve had chart toppers on mp3.com)

After Robby pestered him many times to come work at Planet Argon, Gary finally gave in. That was nearly ten years ago. Since Gary’s joined the team he’s become a Ruby on Rails convert and has had many roles: backend developer, development team manager, and most recently, business puzzle solver doing everything from finance to human resources.

Gary takes his work seriously and is always looking for the freshest approach when solving problems. Most people will tell you he’s a nice guy.

He keeps up his nice guy appearance outside of Planet Argon by helping voluntarily run the Oregon Weimaraner Rescue nonprofit. When he’s not riding around town with his three dogs in a clown car, he happily plays keyboards for an audience of one, backpacks and skis across the U.S., and plays around with nature macro photography.

Most importantly, Gary admits to having an unhealthy and all-consuming obsession with soccer — cheering every weekend for Liverpool, of course.

Some people believe football is a matter of life and death, I am very disappointed with that attitude. I can assure you it is much, much more important than that.